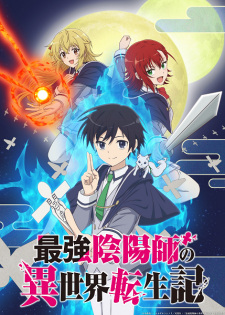 Despite standing at the zenith as the strongest exorcist, Haruyoshi Kuga sought even greater power, which led to his demise at the hands of those who envied his might. As he draws his last breath, he casts a spell that allows him to reincarnate and swears to become more cunning, hoping that all his efforts will prove useful in his next life. Haruyoshi is soon reborn in another world as Seika Lamprogue, an illegitimate son of a noble family that prides itself on magic. However, his new family largely ignores him due to his lineage and magic deficiency. Nevertheless, the unbothered Seika leverages the knowledge from his previous life to make numerous valuable allies. As he begins to explore the true limits of his abilities, Seika must also be wary of the consequences that tarnished his past and avoid repeating the same mistakes. [Written by MAL Rewrite]