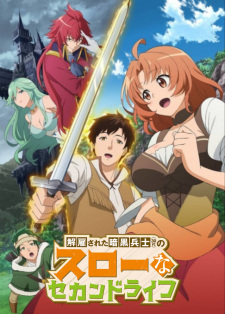 For more than 30 years, Dariel has been a loyal soldier in the Demon King's army, having been raised by Granverza, one of the Four Heavenly Generals. However, as Dariel lacks any magical potential, he is nothing but a disgrace in the eyes of Granverza's son, Bashubaza, who fires Dariel right after assuming his father's position as a general. Stripped of a home and a job, Dariel wanders the forests, where he stumbles upon a human girl named Marika running from a monster. After Dariel intervenes to help Marika, she invites him to stay at her village in return. There, he discovers that the reason he has zero suitability for magic as a demon is that he is, in fact, a human. However, Dariel is no ordinary human. Possessing potential that far outweighs even heroes, Dariel may soon find himself involved in the humans and demons' seemingly never-ending conflict, facing against the race he once considered allies. [Written by MAL Rewrite]